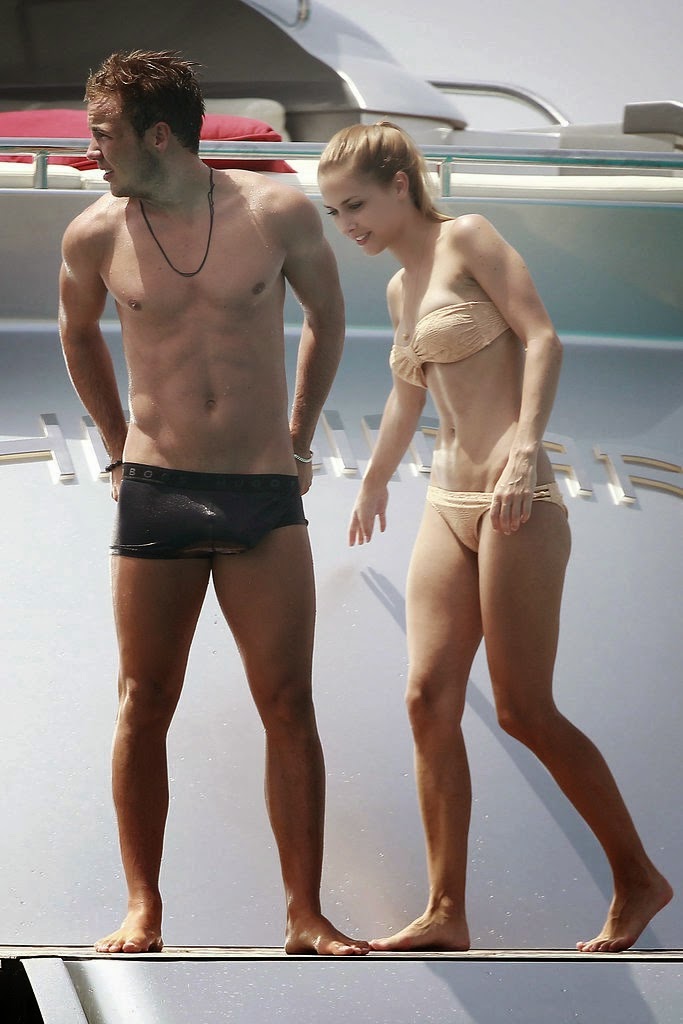 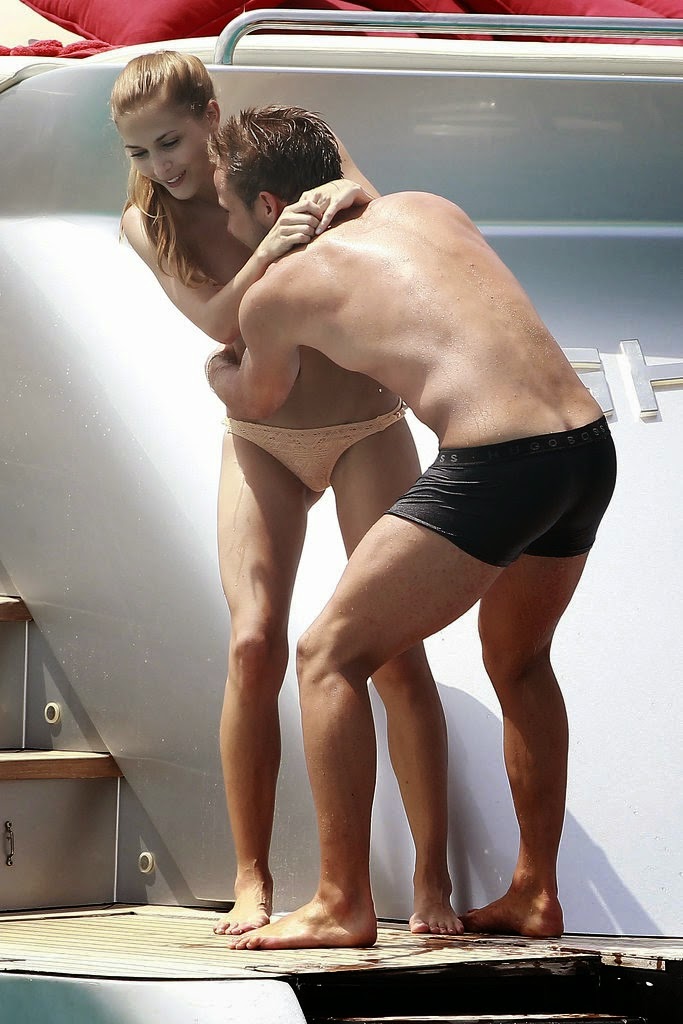 Not that many people knew who he was when these photos were taken two years ago, but last Sunday he scored the triumphant goal that helped Germany win the 2014 World Cup, and now that everybody knows his name, the photos have resurfaced. The photos show German footballer Mario Götze and his model girlfriend, Ann-Kathrin Brömmel on a romantic holiday in Ibiza back in July 2012.

While relaxing on a yacht, Super Mario seemed so excited to be with his hot model girlfriend, that his junk refused to relax/stay down...lol. His giant bulge was on display for several minutes..and what a sight! Hehe. Best part is the two are still together. 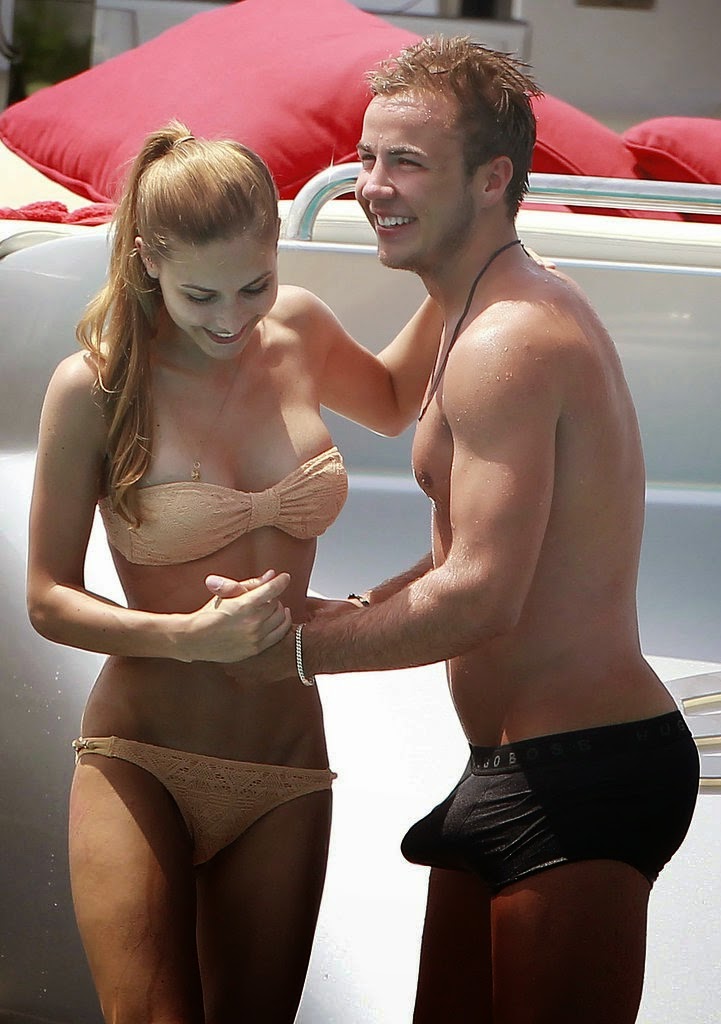 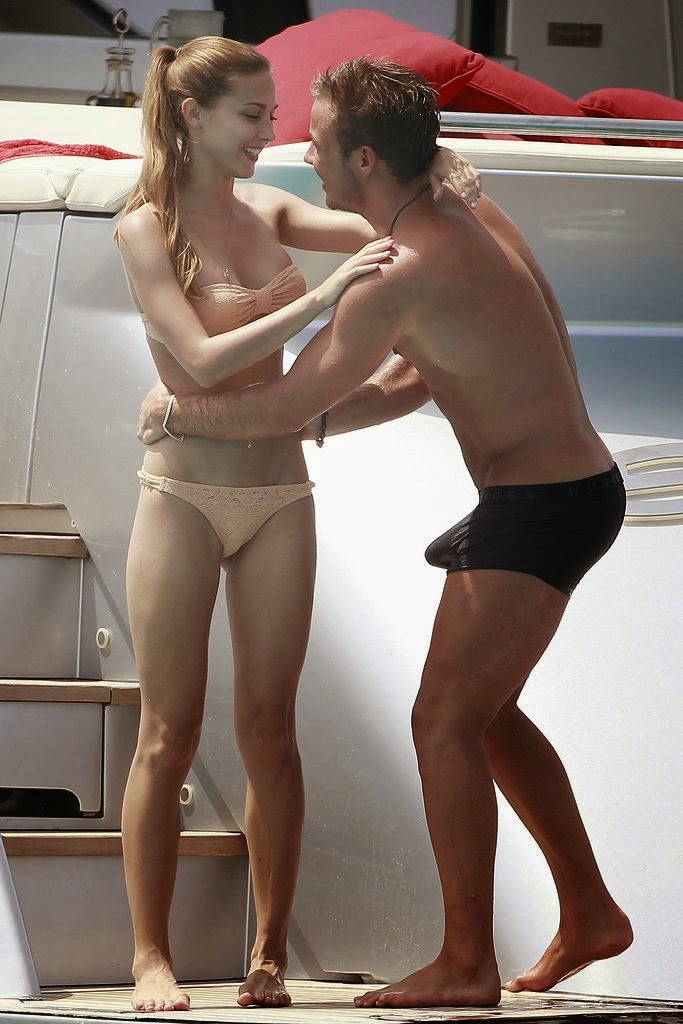 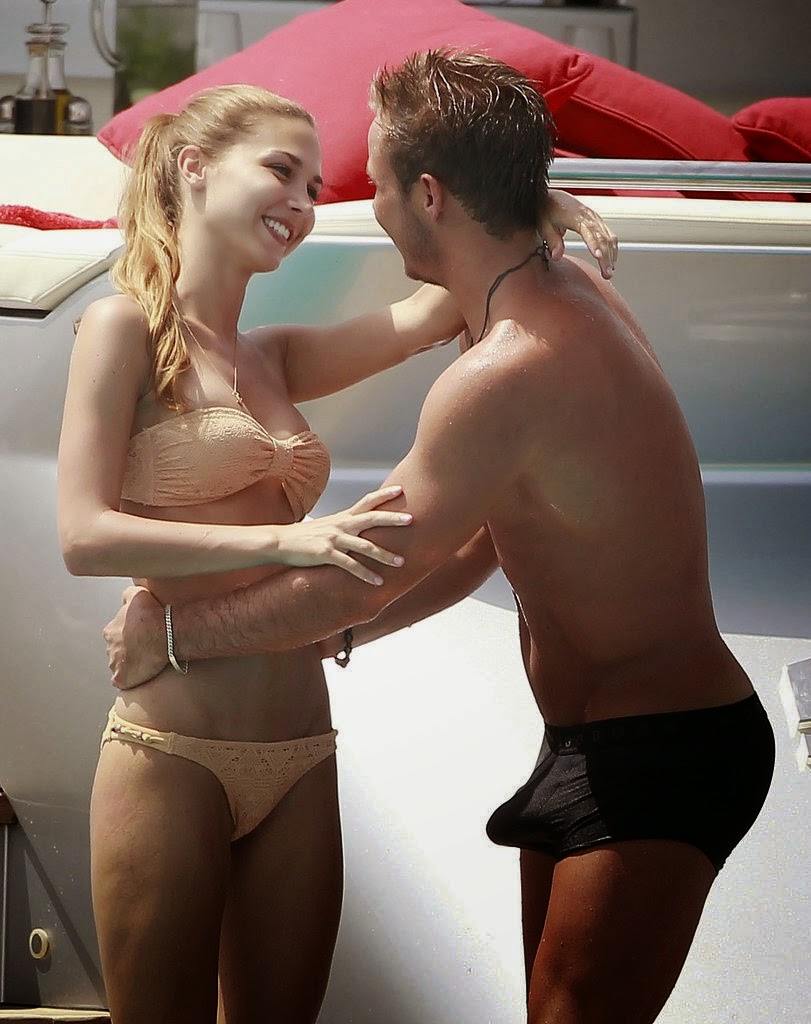 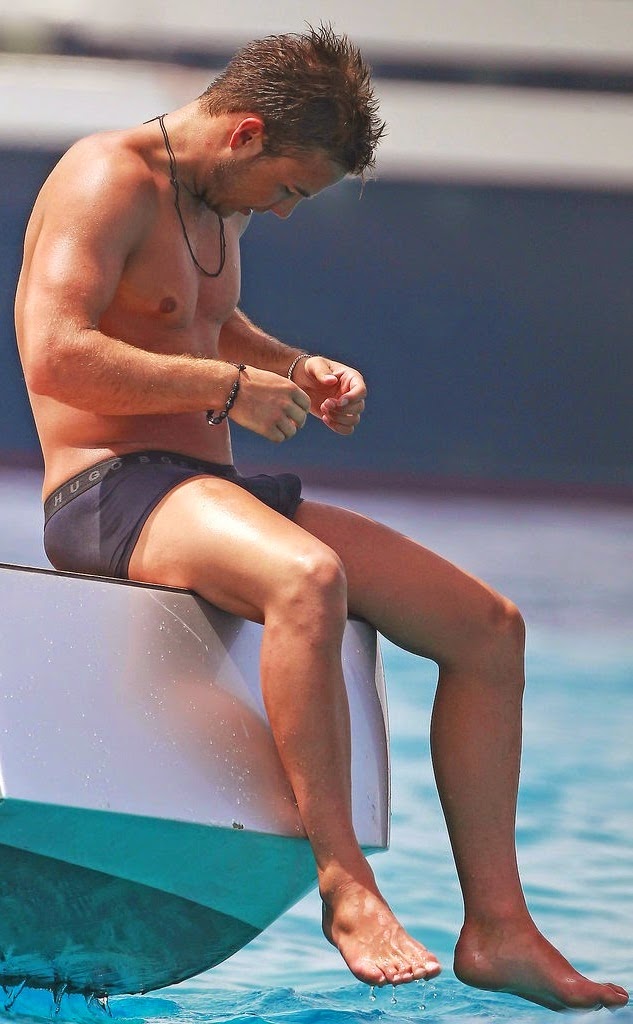 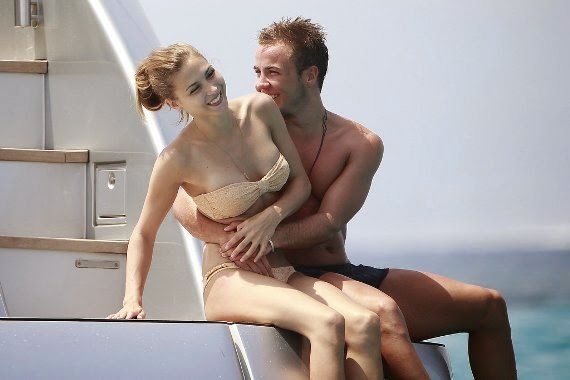 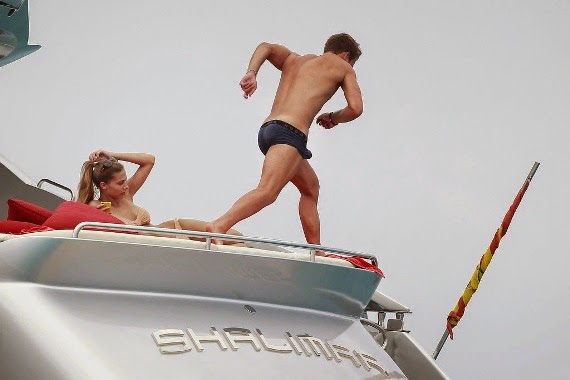 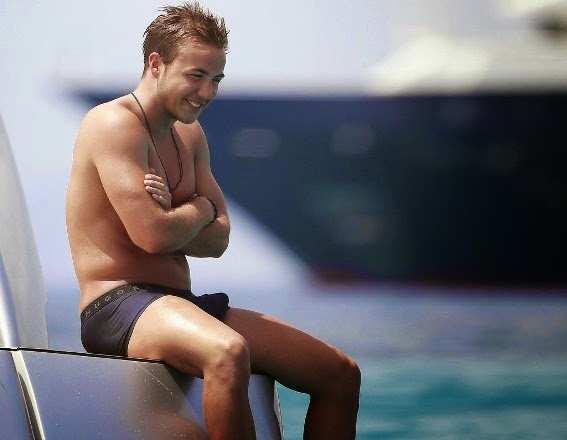 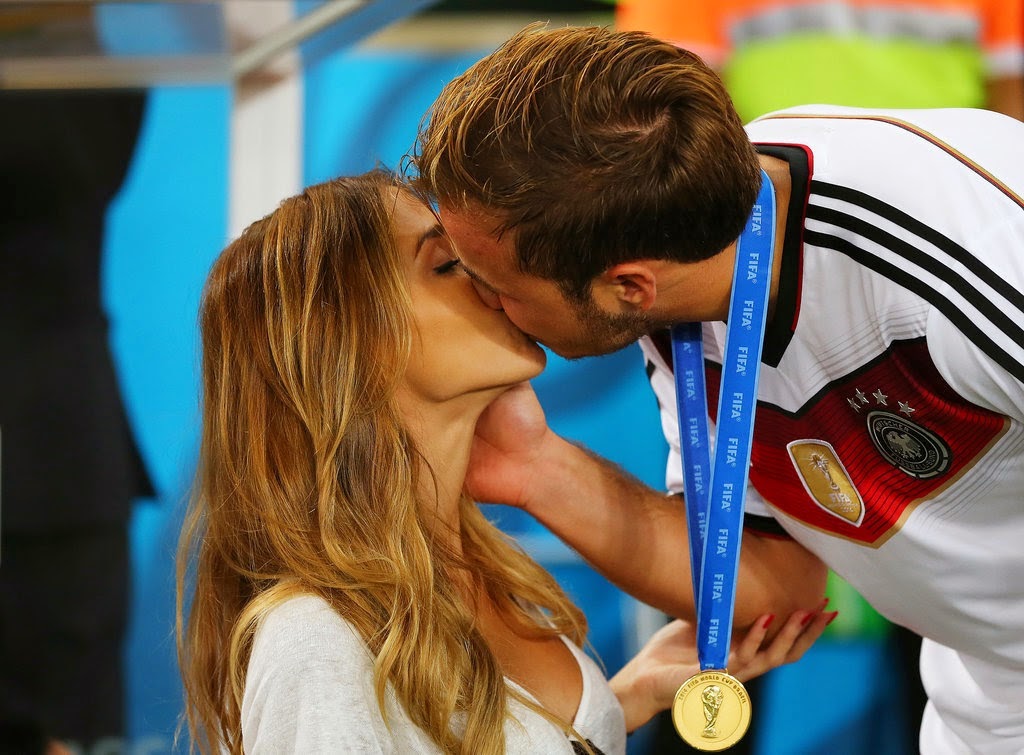 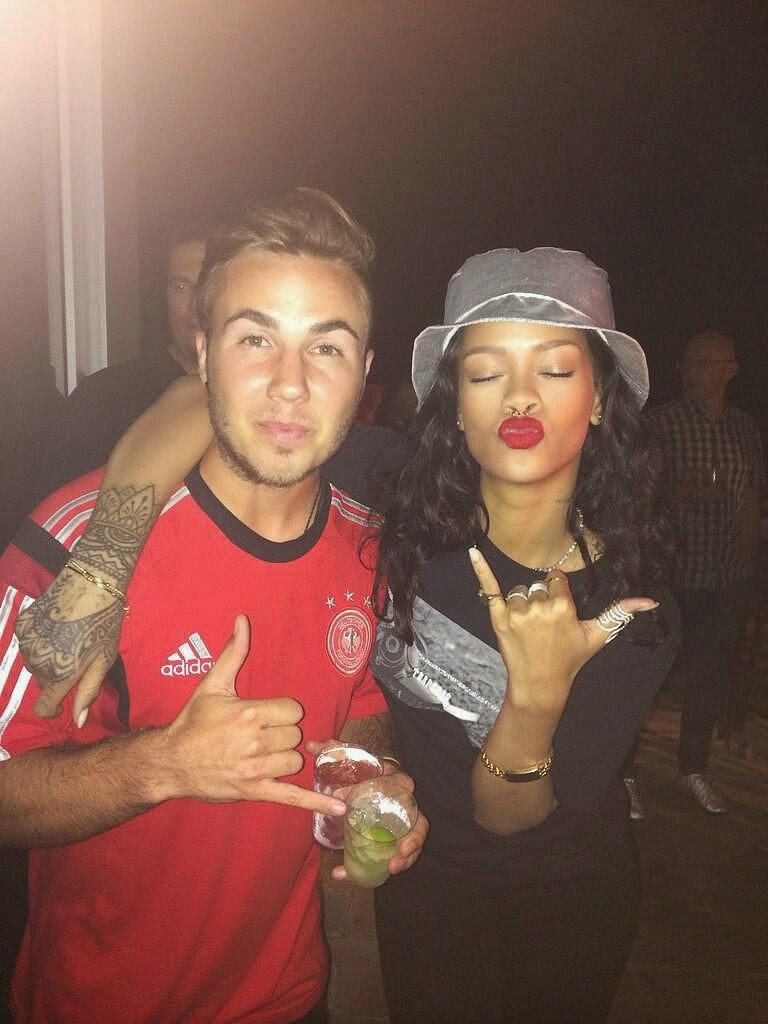 With Rihanna
Posted by Interestedtips at 5:24 AM