The world's smallest girl Charlotte Garside took a massive step this month after starting her first day at primary school. The five-year-old, who is just 68cm tall and weighs less than 9lbs, is no bigger than a newborn and smaller than her favourite teddy. Last week, she joined kids her own age in the classroom for the first time. 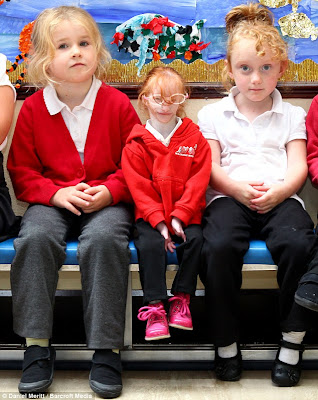 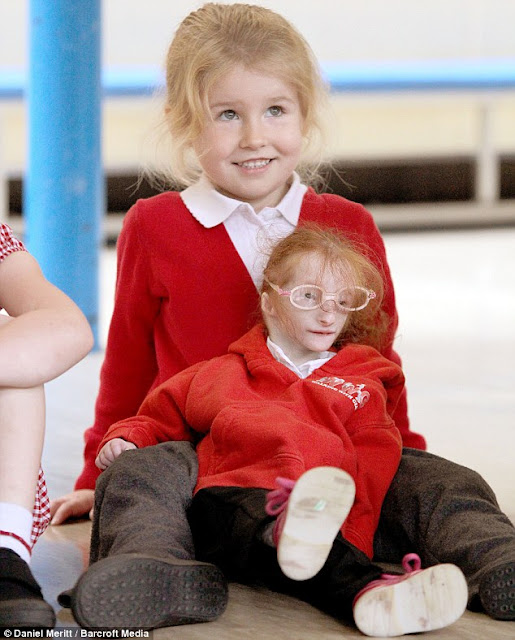 Smaller than her favourite teddy: Charlotte is just 68cm tall and weighs less than 9lbs 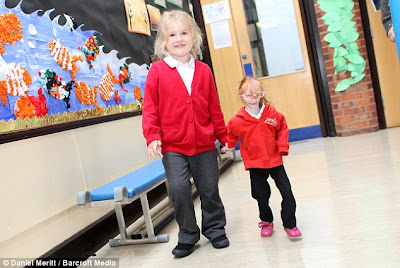 Unique: Charlotte was born with a form of Primordial Dwarfism so rare doctors don't even have a name for it 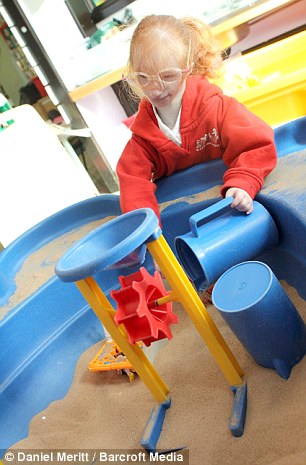 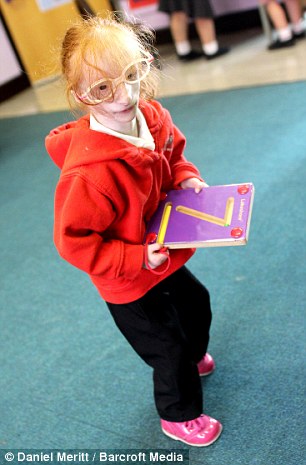 'She may be small but she has a massive personality and wants to do everything a normal five-year-old does.
'She is very inquisitive and the school have already told us she has a learning age of a three-year-old, which is higher than we thought.
'Of course, I was worried she could get hurt by the other children, but she has her own tutor look after her and she's not as fragile as you'd think.'
When she was born, Charlotte weighed less than 2lbs, measured 25cm and had to be dressed in dolls' clothes.
Source
Posted by Interestedtips at 2:53 AM